Gene Bates Adds Another Tour Event To His Resume 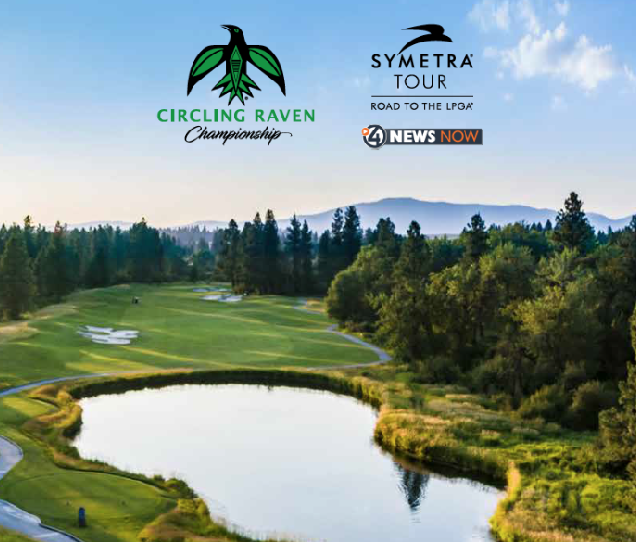 To See Full Flip-Book Of This Article – Click Here

WORLEY, IDAHO – Golf Architect Gene Bates seems to have a thing with building championship calibre golf courses that all the major and minor tours just can’t seem to resist . . . This past August he added yet another tour tournament to his impressive list of tour events hosted at one of his designs.

The Symetra Tour – The LPGA qualifying tour which is the same as the Korn Ferry tour for the PGA – was hosted at the Native American owned and managed, Circling Raven Golf Club in Worley, Idaho.

The Gene Bates designed the Serapong Golf Course at the Sentosa Golf Club in Singapore.  It hosts the SMBC Singapore Open, an Asian Tour event since 2005. In 2020, the event was won by the USA’s PGA tour player Matt Kuchar, edging out European Tour’s Justin Rose by 3 strokes. The tournament was canceled in 2021 because of COVID but is scheduled to return to Sentosa Golf Club in 2022.  In addition, the course was voted “Best Golf Course On Tour” by the Asian Tour members.

Beating fierce competition from a number of other famous golf clubs around the world, the Sentosa Golf Club and Serapong Golf course was crowned the “World’s Best Golf Club” in 2019-2020 in worldwide competition.

The club has had an unprecedented amount of success recently, hosting no fewer than six globally televised golf events in past two years – two SMBC Singapore Open’s, two HSBC Women’s World Championships, along with the Men’s Asia-Pacific Amateur Championship and Women’s Amateur Asia Pacific Championship.  This is an achievement unmatched by any other golf club in the world.

The ‘World’s Best Golf Club’ award, presented in Dubai, was judged by an internal panel of worldwide golf and club experts who considered a broad spectrum of factors that combine to create a club of outstanding excellence.

In 2003, the Gene Bates designed Circling Raven Golf Club in Worley Idaho, stormed onto the golf scene as one of the top Tribal courses in the USA as well as receiving high accolades as one of the best overall golf courses in the entire Pacific Northwest . . . an honor they still maintain nearly 20 years later here in 2021.

Circling Raven was again voted as the #1 Golf Course in Idaho by Golfweek Magazine, The course is nestled among 620 acres of wetlands, woodlands and Palouse grass lands. This is typically THREE times the amount of land usually allocated to a course design. In this case, the Tribe wanted to honor and protect their ancestral lands and directed Gene to use the entire acreage and encompass the entire parcel.

The 18 hole, 7,189 yard course will have you admiring the aesthetics almost as much as the play itself, as the course is set against the nearby mountains, foothills and rolling terrain. It is spectacular.

The Symetra Tour event was a real community undertaking with hundreds of volunteers, local sponsors and fans all helping to cheer on and support the 132 players from 40 different states and 14 countries to compete in this unique women’s tour event.

The community opened their arms and hearts to these wonderful players giving them a glimpse of the Northwest Indian culture with several Native events  that included ceremonial dancing and traditional food.

Some of the host sponsor comments are below . . .

Laura Penney – Resort and Club CEO – The Coeur d’Alene Tribe chose to host the championship because it helps empower women, girls, and Native Americans through the game, which was a mandate that our Tribe set when we decided to build Circling Raven Golf Club.  We’re honored to host you, our guests and spectators, and to partner with our sponsors through the Symetra Tour. We are certain that Circling Raven will live up to its reputation as one of the finest golf courses in the United States, and we are thrilled to see these incredibly talented young women take it on.

Chief James Allan – Chairman, Coeur d’Alene Tribe – When the Tribe determined to build Circling Raven, it mandated that our enterprises and activities empower our people and those with whom we partner. The Circling Raven Championship perfectly encapsulates this mission. It aligns with our constant efforts to provide meaningful opportunities for women, minorities, youth and Native Americans. That we can do so through the great game of golf and simultaneously illuminate all that is great about the region, the people, our sponsors, and the players, is an ideal confluence of positivity and proactiveness.

The 2021 Circling Raven Championship is proud to be a Symetra “Road to the LPGA” Tour event. Together we are showcasing a plethora of wonderful things. These include the rising-star professional women players, the selfless volunteers, the supportive sponsors, and of course the spectators.

Peiyun Chien (Pingtung, Chinese Taipei) came into the Circling Raven Championship on the heels of three consecutive missed cuts. With a last-minute putter change, she carded 19 birdies and three bogeys over three days to finish -16, good enough for a one-shot victory over Demi Runas. It was Chien’s third career win on the Symetra Tour.

“I think the course conditions were really good and everyone played very well. You need to putt very well here and make more birdies to win a tournament,” said Chien. “I wasn’t playing very well this year so this win gives me a lot of confidence to fight until the end.”

On a more local note, Native American golfer and Idaho’s own Gabby Lemieux of nearby Caldwell, Idaho finished tied for third – just two strokes off the tournament champion. This was her career best finish bettering her T8 finish at the 2021 Garden City Charity Classic.   Way to go Gabby – You made us all proud!